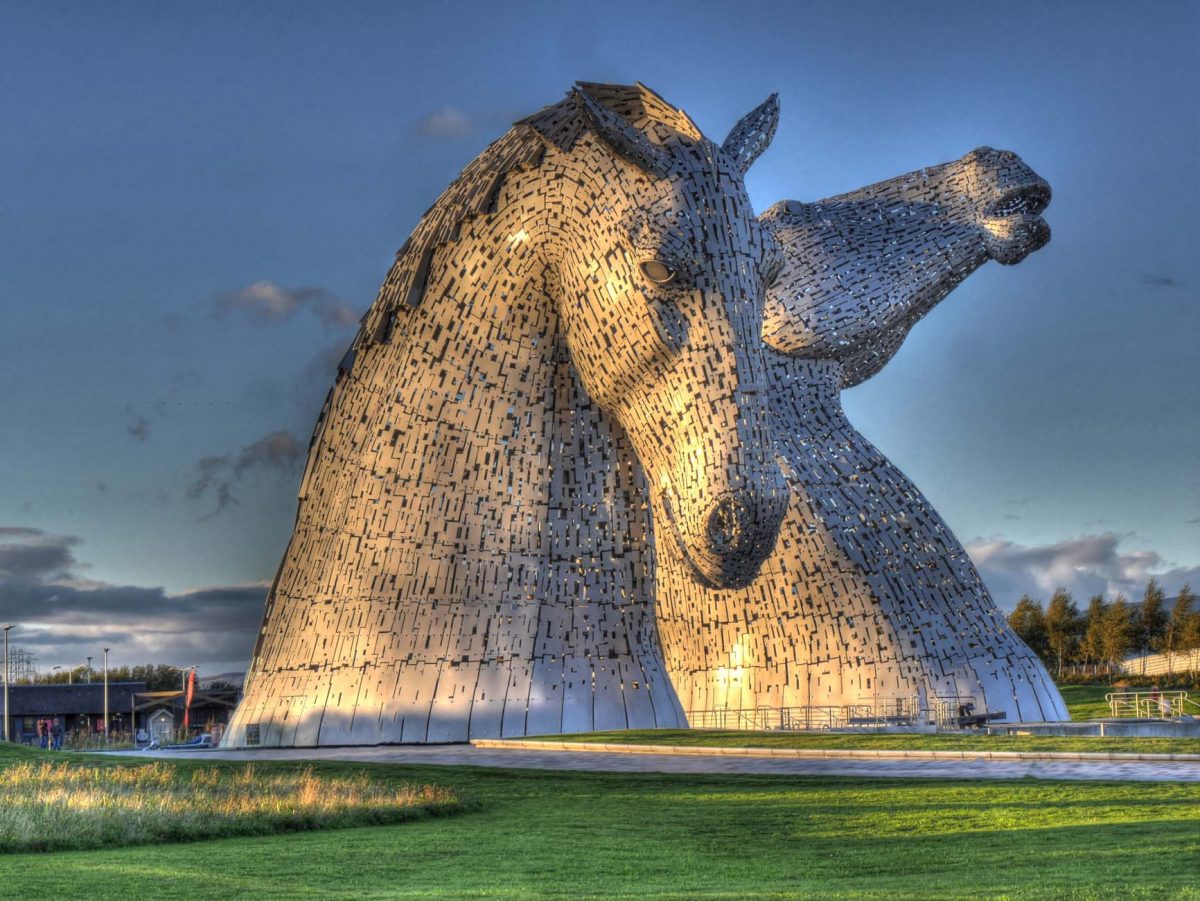 Scotland has many iconic landmarks from stunning landscapes to castles and monuments.

My top five landmarks in Scotland are

The Kelpies were inspired by the Clydesdale horses used to pull barge along the canals of Scotland. Buy Kelpies gifts online – t-shirts, phone cases, throw pillows and prints

Glencoe Glencoe in the Highlands of Scotland consists of the three Paps of Glencoe . This iconic mountain is in the heart of the Highlands

Edinburgh Castle , Scotland is the most popular visitor attraction in Scotland. The castle dominates the city skyline of Edinburgh . Edinburgh Castle is Scotland’s most popular visitor attraction . More than 1 million visitors are drawn each year by its spectacular location and history. They can see the Crown Jewels, the One O’Clock Gun and the Stone of Destiny as well as the Great Hall, St Margaret’s Chapel, and Mons Meg. Edinburgh Castle is a world-class attraction and today’s well-traveled tourists have high expectations. The vaults at Edinburgh Castle were constructed around 1500 and later used as soldiers’ barrack-rooms and a bakehouse. However they were used for many years as prisons of war from the 1750s into the early 1800s. The Castle is at the top of the Royal Mile . If you walk down the Royal Mile you can see a large number of gift shops , pubs and restaurants . At the foot of the Royal Mile is the new Scottish Parliament building and the Palace of Holyroodhouse , the official residence of the Queen in Scotland

How much does it cost to visit the Kelpies ?

There is no entrance fee to pay to see the Kelpies. The first car park near the entrance is free all the year round . During the summer if you go between 10am and 5pm then there is a parking fee at the second car park of £3 . The Helix’s own tour of the Kelpies costs about £2 and they run all summer . The tour includes going inside one of the Kelpies

Are the Kelpies lit up every night ?

The Kelpies are lit up with LED lights an hour after sun down every night , giving a spectacular view for motorists passing on the M9 motorway next to the Kelpies .  Light–up time changes throughout the year according to the weather and season.

Can you see the Kelpies from the M9 ?

The huge Kelpies , each one 100 feet high , are made of 600 tonnes of steel and can be clearly seen from the M9 motorway . Just keep your eyes on the road ! If your passengers want to take a picture as they pass by I would say you’re much better actually visiting the Kelpies as you really get an obscured view from the road . Two Clydesdale horses are the inspiration behind the giant Kelpie heads at Falkirk. The Kelpies are the largest equine sculptures in the world ( and the most impressive )

Check out our unique range of Kelpies gifts , including jigsaw puzzles , t-shirts and phone cases – the perfect kids present .