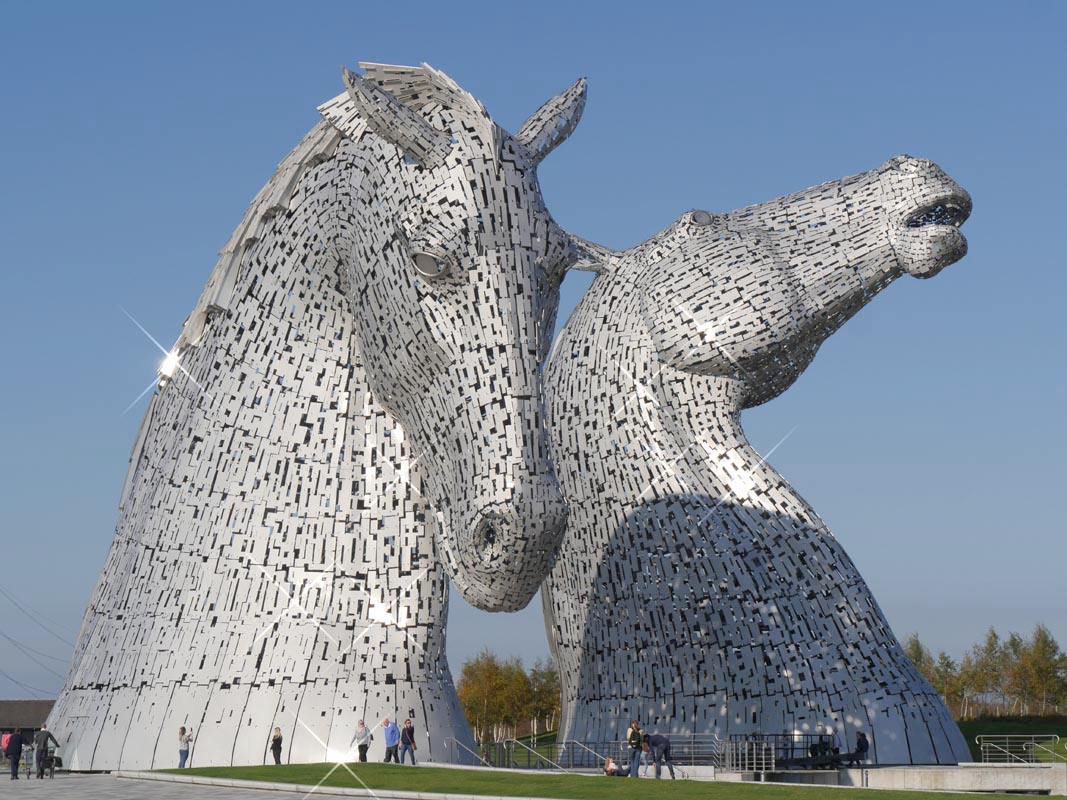 Andy Scott , the sculptor behind Scotland’s iconic Kelpies landmark has said he wants to design a statue dedicated to comedian Billy Connolly.

Andy Scott, who has a number of notable sculptures around the world, said as an “informal ambassador for Glasgow and Scotland”, the Big Yin deserves a tribute to him to be built.

Scott described Connolly, originally from Glasgow but now living in Florida, as “one of the funniest comedians ever, as well as a great actor and all-round entertainer”.

Designing a statue to Connolly would demonstrate the “impact he’s had on Scottish culture”, Scott added.

In 2011 Scott unveiled a huge steel mural of Connolly on a wall close to Connolly’s birthplace overlooking the shipyards where he once worked. The comedian said he was “extremely grateful” to be honoured in that way.

Connolly said “I consider myself a citizen of the world, but I was born and raised in Glasgow – it is where my first children were born – where I learnt to play the banjo – where I served my apprenticeship as a welder, and where I first performed in public.

“My heart beats to the rhythm of Glasgow – it is in my blood.”

Last month, Connolly, now retired from comedy, said the the challenge of dealing with Parkinsons were getting worse but added he continued to enjoy filming TV shows.

The 78-year-old also made light of the troubles he experiences, saying on his last tour he told members of the audience: “Good evening, symptom spotters”.

He has recently filmed a five-part series for the UK Gold channel, which will see Connolly reflect on his career and life.

The Kelpies have become one of the top tourist attractions in Scotland with two million visitors .